drinks and snacks, brollies and maps, everything for your visit

breathtaking scenery on the Welsh border

The inspirational landscape of William Wordsworth and the English landscape painters 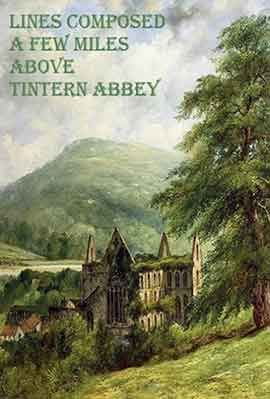 Tintern is dominated by the ancient splendour of the Cistercian Abbey founded on 9 May 1131 by Walter de Clare, Lord of Chepstow. It is situated on the Welsh bank of the River Wye, which at this location forms the border between Monmouthshire in Wales and Gloucestershire in England. It's romantic location moved William Wordsworth to exclaim in poetic response.

Written by William Wordsworth after a walking tour with his sister near the Welsh Borders, Lines Composed a Few Miles Above Tintern Abbey describes his encounters with the countryside on the banks of the River Wye and grows into an outline of his general philosophy.

British tourism was born in the Wye Valley when in late 18th century the Reverend Gilpin, pioneer of the 'Picturesque' movement put the Wye Tour firmly on the map. The Wye Valley was then immortalised by the Romantic poets and became a favourite area of the 18th century English landscape painters. The stunning landscape of the Wye Valley which follows the path of the River Wye through a breathtaking scene of limestone gorge and woodland ravine is still today a favourite area straddling the Welsh / English border for riverside walking and outdoor activities.

Did you know that in Tintern, in the year 1568, brass was first made by alloying copper with zinc? 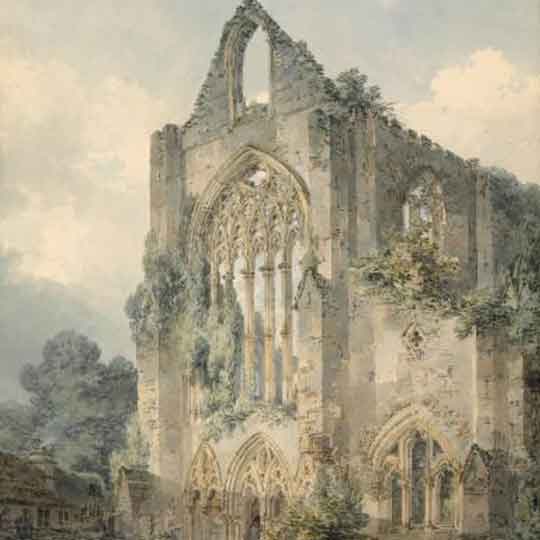 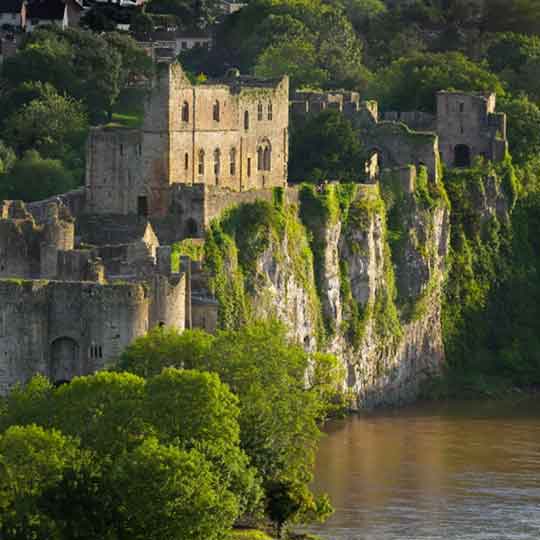 PLACES OF INTEREST AND PLACES TO STAY

Tintern hosts a wide selection of hotels, bed and breakfast and self-catering accommodation to meet all requirements to make your stay in the Wye Valley complete. Tintern village follows the banks of the River Wye and is the heart of the lower Wye Valley. Steep, wooded hills, rivers, streams and leafy walks all add to the natural beauty of this unspoiled area. Places of interest include Tintern Old Railway Station and castles at Chepstow, Caldicot, Raglan and Monmouth. There are golf courses in Chepstow, Monmouth and in the Forest of Dean.

STARS OF THE BIG SCREEn

Abbey Mill and the village of Tintern have appeared in many popular TV programmes – Songs of Praise, Country Life, Channel 4’s four in a bed and the ‘you know what educational series’ for Netflix, to name a few.

The Wirework Bridge, built in the 19th century when Tintern produced some of the best wire in the country.

We recommend this place to others

Consistently great! We have now visited here several times over the last 3 years. The staff are friendly and the food/drinks consistently lovely. We will keep returning and recommend this place to others. The Welsh tea in particular is great after a walk! Tripadvisor

maps, info and visit essentials at our Cider Press and Mill shops

We use cookies on our website to give you the most relevant experience by remembering your preferences and repeat visits. By clicking “Accept”, you consent to the use of ALL the cookies.
Cookie settingsACCEPT
Manage consent

This website uses cookies to improve your experience while you navigate through the website. Out of these, the cookies that are categorized as necessary are stored on your browser as they are essential for the working of basic functionalities of the website. We also use third-party cookies that help us analyze and understand how you use this website. These cookies will be stored in your browser only with your consent. You also have the option to opt-out of these cookies. But opting out of some of these cookies may affect your browsing experience.
Necessary Always Enabled
Necessary cookies are absolutely essential for the website to function properly. These cookies ensure basic functionalities and security features of the website, anonymously.
Functional
Functional cookies help to perform certain functionalities like sharing the content of the website on social media platforms, collect feedbacks, and other third-party features.
Performance
Performance cookies are used to understand and analyze the key performance indexes of the website which helps in delivering a better user experience for the visitors.
Analytics
Analytical cookies are used to understand how visitors interact with the website. These cookies help provide information on metrics the number of visitors, bounce rate, traffic source, etc.
Advertisement
Advertisement cookies are used to provide visitors with relevant ads and marketing campaigns. These cookies track visitors across websites and collect information to provide customized ads.
Others
Other uncategorized cookies are those that are being analyzed and have not been classified into a category as yet.
SAVE & ACCEPT